This Tuesday The League Against Cruel Sports (LACS) launched a shocking new report on dog fighting in the UK. I spoke to them in Parliament about their findings. Dog fighting is a serious animal welfare issue and also a gateway for other criminal activities. I know it is something that my constituents are particularly concerned about.

The LACS’s report -; Project Bloodline -;assessed the scale of the problem. The evidence was stark. I was shocked and saddened to learn that when dogs are trained to fight, owners will punch and hit the dog’s head against a wall to toughen them up. Investigators found the bodies of dead fighting dogs dumped near farmland. Both dogs and cats are used as ‘bait’.

Dog fighting is supported by criminal networks. The LACS’s undercover investigators were offered dogs that could be trained to fight, including banned breeds like Pit Bulls. There are clear problems with how dangerous dogs are identified. Prohibited breeds will often be cross-bred with other breeds. But banning breeds alone will not solve the issue -; last year, just 5% of dogs seized by 13 police forces in relation to responsible dog ownership were prohibited types.

This cruel sport, which is on the rise across the UK, needs to end. There is still a serious lack of information and inconsistency of approaches in dealing with dog fighting. Moreover, action needs to be taken to tackle the problem at its source -; irresponsible and criminal owners. 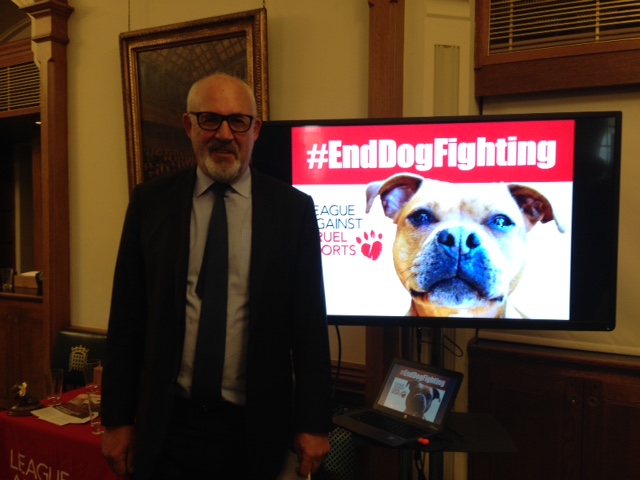