Jon Trickett Challenges Government on Underinvestment in the North

“The ONS recently reported that the North and South economic gap is widening. Londoners produced about £42000 each, whilst in North East it is less than half at £18000 per person.

This is due to the continued underinvestment in the North.”

He went on to ask the government:

“In the place of more cuts will the Minister now include specific, substantial and urgent Northern investment in his local government settlement later this week?”

However, the government failed to address the inequality and economic imbalance that is seen in the North of England. 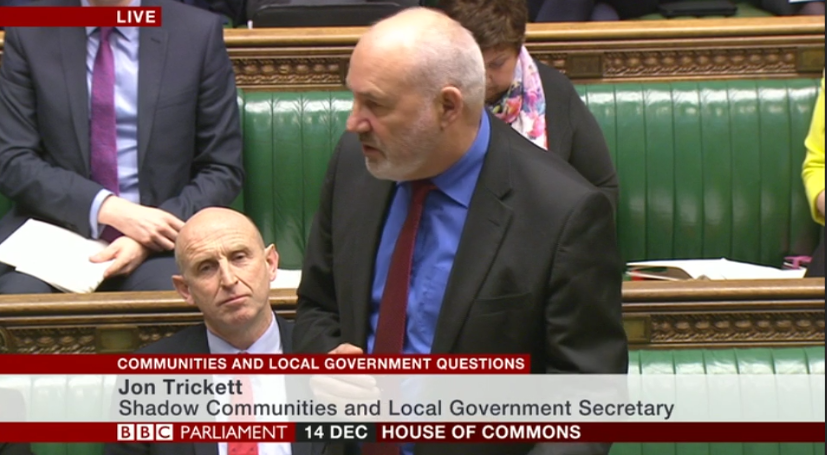