Recently I wrote to Yorkshire Bank to ask them to reconsider the closure of their Featherstone branch. I have received a response which indicates that despite the issues raised and the public opposition they intend to close the branch anyway.

Below is a letter that I have written in reply to Yorkshire Bank’s letter:

‘I acknowledge receipt of your recent letter confirming the closure of Featherstone Branch.

I am very disappointed that you are not prepared to reconsider your decision and I also know that many residents are angry at your decision to go ahead. People have told me how they, as Yorkshire folk feel a strong connection with Yorkshire Bank. Some recall how they used to save money every week at school with your Bank and then, throughout their adult years, continued banking with you. Some customers even remember when the Bank was known as the Yorkshire Penny!

During the 1984-85 Miners’ Strike Yorkshire Bank stayed loyal to many of Featherstone’s residents offering mortgage holders a deferment. Whilst everyone recognises that times have moved on there is a sense of bitter disappointment that you could not choose, as some other high street banks facing similar challenges in other areas of my constituency have, to remain open albeit with reduced opening times. This would have at least ensured you retained a presence within Featherstone and also at some level acknowledged the loyalty and support you have had from many thousands of Featherstone residents over the years. 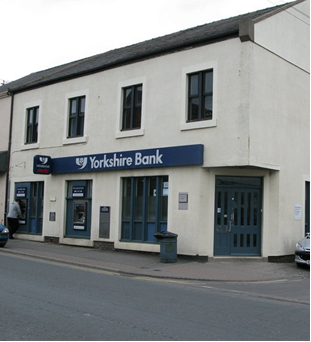